Chad Smith is best known as the drummer of the Red Hot Chili Peppers. Smith joined the band alongside John Frusciante after DeWayne ‘Blackbyrd’ McKnight and D.H. Peligro were fired. After they joined the band Flea, Chad Smith, Anthony Kiedis, and John Frusciante continued as the core four to make music as RHCP and developed their friendship along the way.

Smith is not only recognized as one of the most talented drummers but is also a proficient guitarist with an energetic stage presence that makes him a standout in the rock scene. The Red Hot Chili Peppers aren’t the only band he’s a member of. He directs his energy toward two other creative endeavors. One of them is the supergroup Chickenfoot, consisting of Sammy Hagar, Joe Satriani, and Michael Anthony. Even though Smith has been successfully working with the former Van Halen singer’s band, he once disclosed his one disappointment about Chickenfoot.

Chad Smith Disappointed That He Couldn’t Tour With Chickenfoot 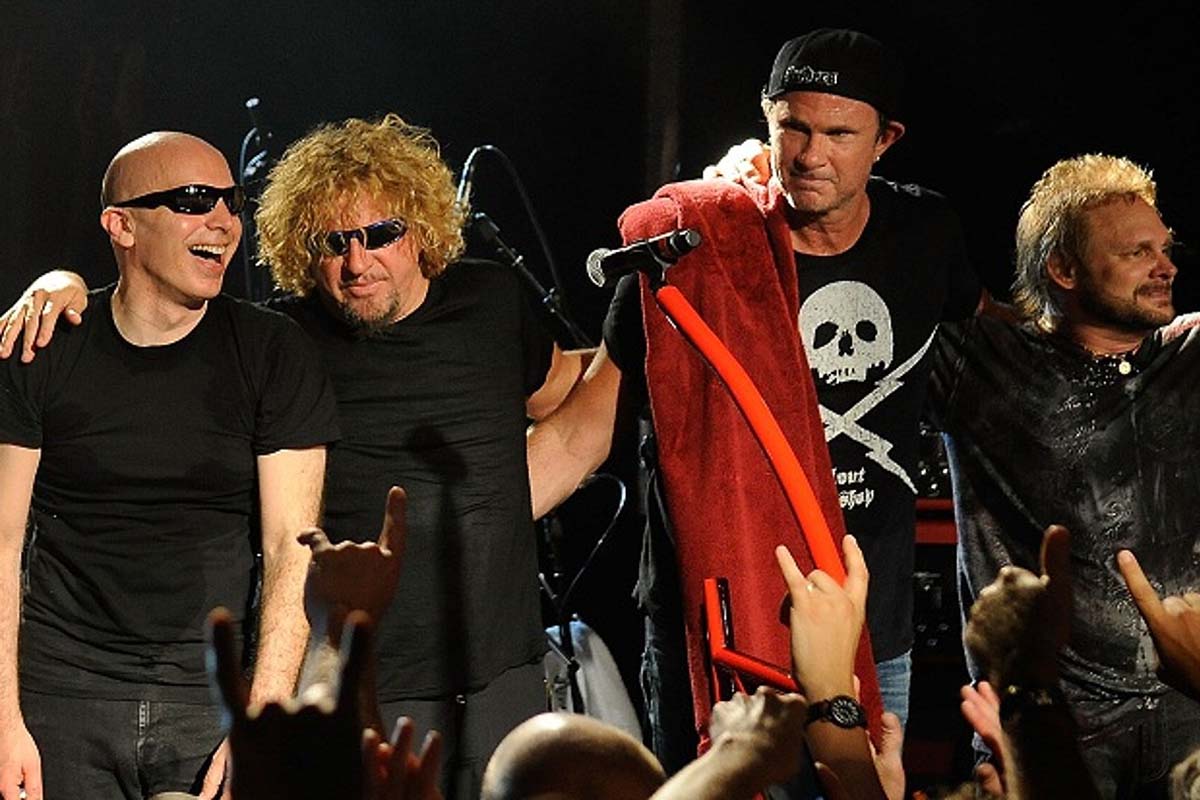 Chickenfoot is a supergroup that consists of former Van Halen vocalist Sammy Hagar, bassist Michael Anthony, Joe Satriani, and of course, Chad Smith. The band released its self-titled debut album in 2009, and their follow-up album titled ‘Chickenfoot III’ was released in 2011. The group has released two studio albums, a live album, and a box set since its inception. They have been quiet since their last release, which is their ‘Best + Live’ compilation in 2017.

Smith said it’s always fun to work on new music with Chickenfoot. However, due to his commitments with the Red Hot Chili Peppers, he had to skip the tour with Chickenfoot. He added that when he told them about RHCP’s tour, they understood that he had to be there. But Chad also mentioned that he was very disappointed that the tours coincided.

When asked about his work with Chickenfoot, he stated:

“The Chickenfoot thing is always fun, and it stays fun. Those guys are great; I love them. I was really disappointed because I couldn’t do the tour because it coincided with Chili Peppers. They understood that. I told them before we even recorded. I said, “Probably, I’m going to be gone.” And they were like, “Oh yeah, we forgot you’re in that other band.”

Smith is currently on RHCP’s ‘2022 Global Stadium Tour,’ which began in June and will end in September. Alongside the tour, the group also talked about their twelfth studio album, so fans can rest assured that they won’t be retiring anytime soon.

Read More
UUncategorized
Elvis Presley’s ex-wife, Priscilla, recently appeared on Vogue’s YouTube channel and looked back on her life with some…

Read More
UUncategorized
The alternative rock genre and grunge reached the highest popularity shortly after it emerged in the mid-1980s, especially…